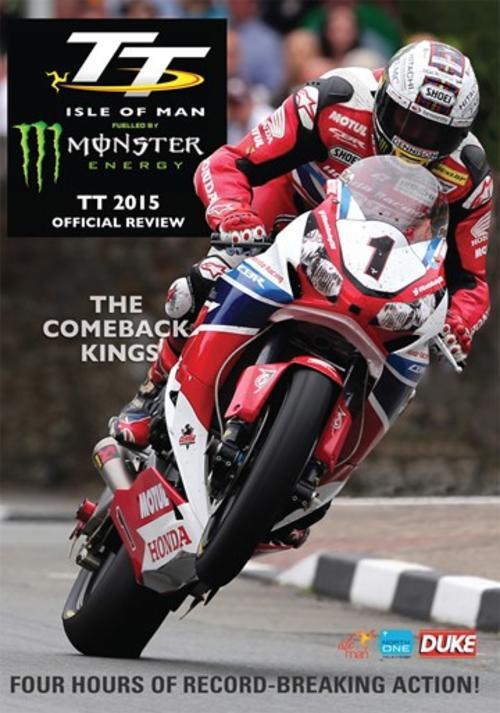 The Isle of Man TT 2015 fuelled by Monster Energy was a record-breaking affair that had it all: sunshine, drama, excitement and a sensational comeback to rival Mike Hailwood’s.

Anticipation was high before the start of the race with an entry list that was a veritable “Who’s Who” of the World’s elite road racers.

Any of the top ten or so riders were in with a chance of a win in any of the solo classes and there were plenty of quality sidecar crews determined to make an impression on the podium places.

No fans can have left the Isle of Man disappointed with what unfolded – surely TT 2015 proved to be one of the best meetings of the 21st Century, and maybe of all time?

Lap and race records tumbled throughout the week, there were new faces on the podium and some that fans might have thought would never been seen on the top step again.

For once the Isle of Man was blessed with wall-to-wall sunshine for race week and it led to some of the closest racing ever seen on the 37.73 mile public road Mountain Course as heroes of the road like John McGuinness, Ian Hutchinson, Guy Martin and Michael Dunlop got down to business.

All-in-all it was as action-packed as anyone could wish for and throughout it all our cameras were on hand to catch the highlights.

With the best bits of all seven solo and both sidecar races, plus lots of the atmosphere away from the races, this is the comprehensive, indispensable Official Review of the Isle of Man TT 2015.

There are yet no reviews for this product.

We have 181 guests and no members online